We so appreciate the amazing support of Evie Peace, together with her family and friends, for their generous fundraising, in conjunction with a head shave, in tribute to Evie’s very brave mother, Heather Stewart. Heather has been diagnosed with small cell lung cancer and is currently undergoing chemotherapy.

We recognise, mother and grandmother; Heather Stewart for her courage by agreeing to share her journey to shine a light on lung cancer. We too acknowledge the collective advocacy, led by Evie and Heather, which has raised awareness about the inequalities that exist for lung cancer patients and their families.

On behalf of Evie Peace, we acknowledge the support of Evie’s husband, Jayde for his support, including Evie’s two sons; Jakhan and Eli, for looking after their nana (and patient) Heather Stewart and for supporting their mum, Evie every step of the way with her head shave. 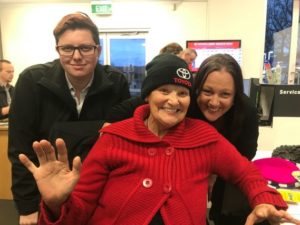 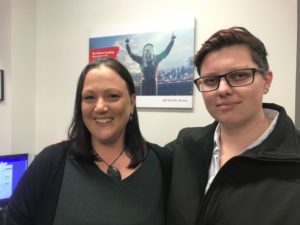 Evie and Chanelle, before the shave. 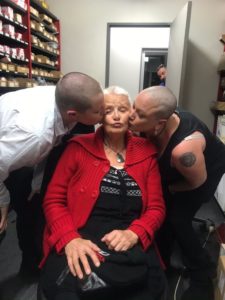 Evie, her mum, Heather Stewart, and Chanelle after the shave. 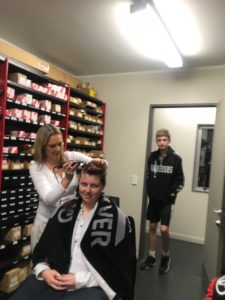 Friend, Bex King (she has previously undergone chemotherapy), has been super supportive. She did the most shaving and in this pic, Bex is shaving Chanelle’s head with Evie’s son Jakhan in the background. 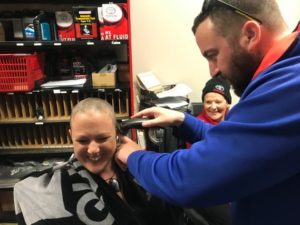 Evie’s husband, Jayde Kerr, doing a tidy up on Evie’s head with her mum Heather in the background. 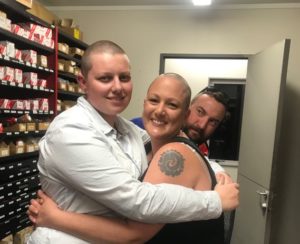 Chanelle, Evie and Jayde after it all