Huge thanks to Baden Ngan Kee, his family and friends and colleagues in the FMCG Industry for this tremendous support!

For the past four months John West has called on the FMCG industry to support Baden Ngan Kee, a well-respected executive who has been diagnosed with lung cancer, by donating funds to the Lung Foundation New Zealand.

Prior to his diagnosis Baden was a fit and active person who had never smoked, exercised five days a week and ate a healthy diet. He has since become a passionate advocate for the Lung Foundation New Zealand, a non-government organisation dedicated to promoting healthy lungs and early detection of lung disease.

Donations to the Lung Foundation were made on behalf of Baden via the ‘Team Baden’ Everydayhero fundraising web page, and a number of peers, friends and supporters also took part in the John West 12km Traverse on Sunday 29th October to raise funds for the cause.

Chris Buddle, Simplot New Zealand Country Manager says, “We’re very grateful for all the donations made by people in our industry in support of Team Baden and I’m pleased to announce that over $17,000 was raised which will go to the Lung Foundation New Zealand.”

He adds, “Baden really appreciates the industry’s support and would like to thank everyone who made a contribution and turned up to support Team Baden on this special day”.

Baden and his family participated in the John West 12km Traverse and following this a presentation was held in Victoria Park to hand over the funds raised to Phillip Hope, CEO of the Lung Foundation New Zealand and recognise the efforts made of behalf of Baden.

Lung Health Promotion
Lung disease can affect anyone.
See a doctor if you have a persistent cough, shortness of breath, chest pains or noisy breathing.
Lung disease can be treated. The earlier you start treatment the better.
Look after your lungs. Be active and don’t smoke 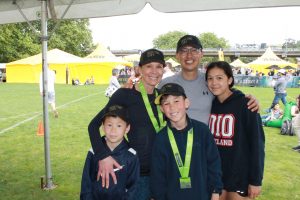 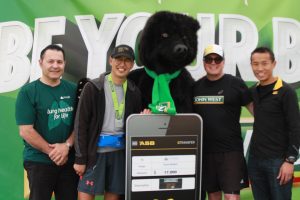 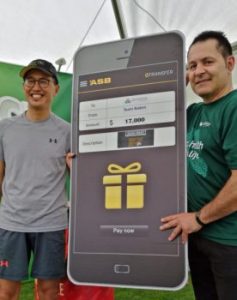 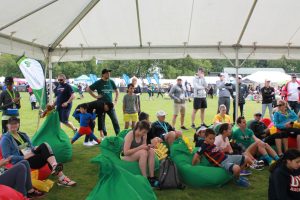 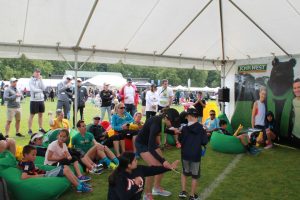 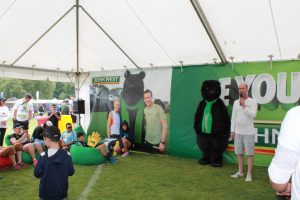