A study of lung cancer in younger adults (<50 years) has found a recent trend of higher lung cancer rates in women compared to men. The increase is driven by cases of adenocarcinoma of the lung. The "emerging pattern of higher lung cancer incidence in young females" is not confined to geographic areas and incomes levels and "is not fully explained by sex-differences in smoking prevalence," the authors comment. Miranda M. Fidler-Benaoudia, PhD, Cancer Control Alberta, Alberta Health Services, Calgary, Canada, and colleagues examined lung cancer cases in 40 countries from 1993 to 2012. They found that the female-to-male incidence rate ratio (IRR) had significantly crossed over from men to women in six countries, including the United States and Canada, and had nonsignificantly crossed over in a further 23 countries. The research was published online February 5 in the International Journal of Cancer. These findings "forewarn of a higher lung cancer burden in women than men at older ages in the decades to follow, especially in higher-income settings," write the authors. They highlight "the need for etiologic studies." Historically, Lung Cancer Higher in Men Historically, lung cancer rates have been higher among men than women, owing to the fact that men start smoking in large numbers earlier and smoke at higher rates, the researcher comment. However, there has been a convergence in lung cancer incidence between men and women. A recent study suggests that in the United States, the incidence in young women is higher than that in their male counterparts. To determine the degree to which this phenomenon is occurring globally, the team used national or subnational registry data from Cancer Incidence in Five Continents, volumes VIII–XI. These included lung and bronchial cancer cases in 40 countries from 1993 to 2012, divided into 5-year periods. Individuals were categorized into 5-year age bands. In addition, the team used the Global Health Data Exchange to extract data from the Global Burden of Disease Study 2015 and derive country- and sex-specific daily smoking prevalence rates. The researchers found that among young men and women, there were three patterns in the occurrence of lung cancer between the periods 1993–1997 and 2008–2012: a significant crossover from male to female dominance, seen in six countries; an insignificant crossover from male to female dominance, found in 23 countries; anda continued male dominance, observed in 11 countries. Higher Incidence in Women in Six Countries The six countries with significant crossover from male to female dominance were Canada, Denmark, Germany, New Zealand, the Netherlands, and the United States. Further analysis showed that, in general, age-specific lung cancer incidence rates decreased in successive male birth cohorts in these six countries. There was more variation across female birth cohorts. Calculating female-to-male IRRs, the team found, for example, the IRR increased in New Zealand from 1.0 in the 1953 birth cohort to 1.6 in the 1968 birth cohort for people aged 40–44 years. In addition, among adults aged 45–49 years in the Netherlands, the IRR rose from 0.7 in those born in the circa 1948 cohort to 1.4 in those from the circa 1958 cohort. Overall, female-to-male IRRs increased notably among the following groups: individuals aged 30–34 years in Canada, Denmark, and Germany; those aged 40–44 years in Germany, the Netherlands, and the United States; those aged 44-50 years in the Netherlands and the United States; and those aged 50–54 years in Canada, Denmark, and New Zealand. Countries with an insignificant crossover from male to female dominance of lung cancer were located across Africa, the Americas, Asia, Europe, and Oceania. Again, incidence rates were typically characterized by falling rates of lung cancer among men in more recent birth cohorts, and lung cancer incidence trends were more variable in women. The team writes: "Of note, the six countries demonstrating a significant crossover are among those considered to be more advanced in the tobacco epidemic. "Many of the countries where the crossover was insignificant or when there was no crossover are considered to be late adopters of the tobacco epidemic, with the effects of the epidemic on the burden of lung cancer and other smoking-related diseases beginning to manifest more recently, or perhaps yet to come." They suggest that low- and middle-resource countries may not follow the tobacco epidemic pattern of high-income countries, and so "we may not see higher lung cancer incidence rates in women than men for the foreseeable future in these countries." No funding for the study has been disclosed. The authors have disclosed no relevant financial relationships. Int J Cancer. Published online February 5, 2020. Abstract For more from Medscape Oncology, follow us on Twitter: @MedscapeOnc. 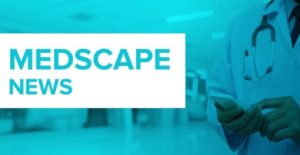